According to the spotters, after the first flight, the second trip of new Pilatus PC-21 aircraft was made the following day, on 13 July, in the presence of a French delegation composed of French Air Force and French Defense Ministry soldiers.

To date, at least four French PC-21s are currently on the final assembly lines, located in the center of Switzerland, in Stans (Nidwalden).

The French Air Force will be used PC-21s to train future military pilots who will transfer to the Alpha Jet prior to their conversion on to the Dassault Rafale, a multi-purpose 5th generation fighter aircraft. According to Pilatus Aircraft, France total ordered 17 PC-21 turboprop trainers. Deliveries of the French aircraft are scheduled to start next year, Pilatus says. 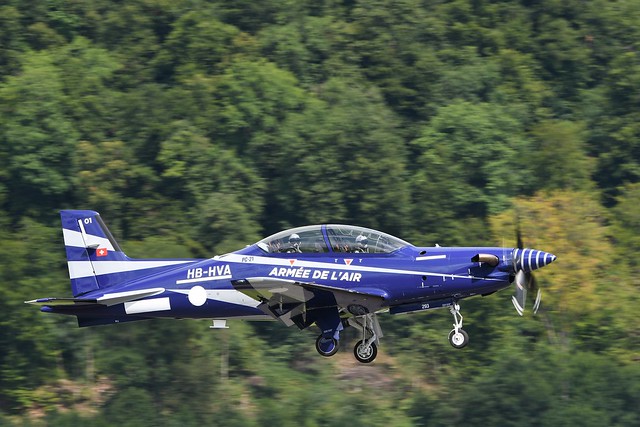 The Pilatus PC-21 is the world’s most advanced pilot training aircraft. The PC-21 is equipped with a pressurised cockpit, air conditioning, an anti-G system and on-board oxygen generation.
A digital power management system and automatic yaw compensation makes the PC-21 easy to fly in the circuit, while still providing the performance required for advanced training.

The aircraft combines the procurement and operating costs of current-generation turboprop aircraft with a jet training capability. It has a higher wing loading that is more characteristic of a jet and the engine’s power output is scheduled by using a sophisticated power management system.